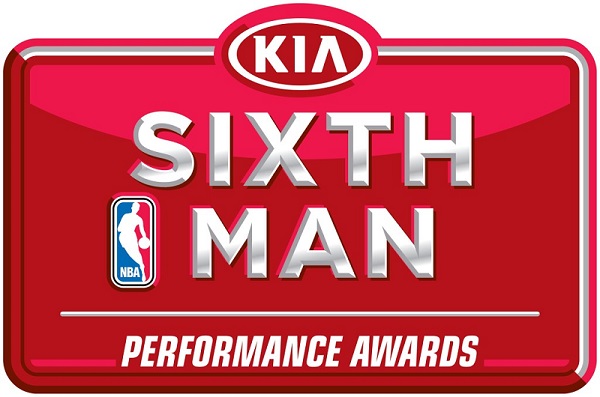 The beginning of the NBA season is just weeks away and we continue our award previews with the 6th man of the year of award. It’s a unique award in that it’s designed to reward a player who comes off the bench. To my knowledge, no other sport rewards a player who doesn’t start for their team. It speaks to the importance of the team in the NBA and not just the team’s best player or starting unit. The award is also very nostalgic for any fan of the Association. Listed below the are the previous 10 winners, but pull up the list of winners and you are bound to see names that make you smile. For me, it’s guys like Bobby Jackson, Antwan Jamison, Ben Gordon, and Manu Ginobili, but I’m sure you’ll find a name or two you forgot you loved. As mentioned, here are the winners for the last 10 seasons and few things to note:

No winner started in more than 45% of the games they played. You can see that some did start for portions of the season, but the voters have been true to the idea of the award by selecting a bench player.

8 of the last 10 winners were shooting guards and speaking more qualitatively, all 10 came off the bench to score points and be a spark. Lou Williams & Jamal Crawford made careers coming off the bench, taking the ball, and scoring points while the stars get a break. Lamar Odom was less of a power forward & more of a point forward and Montrez Harrell was instant offense even though he didn’t bring the ball up the floor. All 10 fit the storyline of the “spark off the bench” for their teams.

Let’s dive into the market, cross some names off, and find some value.

Guys That Are Going to be Starters

Maybe he’ll start the year on the bench, because he did that last year? That makes absolutely no sense to me, but I’m trust trying to figure out why he’s even in this market. He is easily the best guard on the Los Angeles Lakers. At some point he is going to play his way into a starting spot if that’s not already the plan and make himself effectively ineligible for this award. I think he’s going to have a great season, but not off the bench.

I expect Gallinari to start the season on the bench, but I think he has 2 very real paths to being a starter. John Collins asked for a lot of money and didn’t get it. Players in that situation rarely last long on their teams. I think a trade early in the season is possible and Gallinari is the clear choice to fill the vacant starting spot. The second path is one that requires Lloyd Pierce to think dynamically which can be asking a lot of some NBA coaches. The Hawks seem to want to start Collins next to Clint Capela in what I assume is an attempt to have any modicum of defense. At some point, I think Pierce will(should) experiment with starting Gallinari and focusing on maximizing offense instead of pretending that having 2 big men helps defensively. On top of all that, if Danilo really does come off the bench all season, he’s going to struggle to find the minutes and stats to be a contender for the award.

When we last saw Goran, he was the Miami Heat’s starting point guard. They just signed him to a 2 year deal. Now, he did mention last year he wasn’t in love with starting, but I struggle to see how he avoids it. Perhaps Kendrick Nunn reprises his starting role from earlier last year?  If he’s not starting, I think he’ll struggle to see enough minutes or compile enough stats to be a serious contender especially since he has a teammate far better suited for this award.

How does he ever come off the bench? Is there some sort of wide Washington Wizards conspiracy to win an award, so they’re going to put Bertans on the bench and sub him in after 2 minutes every game? Would a team with Russell Westbrook really put arguably the best 3 point shooter in the league on the bench? Could Scottie Brooks possible be dumb enough to start Troy Brown Jr. or Jerome Robinson? Are you as sick of these rhetorical questions as I am?

There is far too much uncertainty about what team he’s going to be on, let alone what opportunity he’ll have wherever he does begin the season. He could be an interesting candidate if he stays in Brooklyn, but even then he’ll have to share the floor with Kyrie Irving and Caris Levert who need the ball in their hands. On top of all of that, I hate the price.

Although voters seem to love Clippers, I just don’t see it. He might start, I don’t see how he puts up the stats needed, or provides the spark needed to catch voters’ eyes.

He’s in the top 10 for odds at most books, so I felt compelled to mention him even though I cannot conceive of a scenario in which he wins this award. He’ll be a strong support player for the Raptors off the bench, but he is not going to score or produce in ways that will get him any votes.

Although he is only 34 years old, this will be Lou Williams’ 21st season in the NBA. As a small guard who relies on quickness the end should be near. His PER, true shooting %, and points per game have dropped last year and I think this will continue. Reggie Jackson should have a larger role in his second year with the team and Luke Kennard should see serious minutes with opportunities to score. This means less usage for Lou and another season of declining numbers. He’s won the award 3 times and fits the story voters are looking for, but given all those concerns and his price I am more than happy to pass.

So, we’re looking for a clear bench player who’s going to play at least 25 minutes per night, put up good stats, and provide a spark off the bench. Jordan Clarkson is clearly behind Mike Conley & Donovan Mitchell, but should get plenty of run on a team in need of points. Clarkson is instant offense and could be the continuation of the line of 6th men winners like Jamal Crawford and Lou Williams. He checks off every single box we’re want. He’s going to come in for Conley or Mitchell and have carte blanche to take the ball and shoot as much as he’d like.  I think he should be the favorite to win this award and see value in his price.

Basically take everything I said about Clarkson and repeat it here. Goran Dragic and Duncan Robinson (maybe Kendrick Nunn?) should take the Heat’s 2 starting guard positions with Herro first off the bench for either player. He’s going to get to handle the ball and will have the green light to shoot as much as he wants. My only concern is that he’s so good he steals a starting spot. Unless that happens, he’s going to come in every night off the bench, put up numbers, and maybe hit a game winner. With his opportunity and potential for sensational moments, I have to add to him to the portfolio.

There are not a lot of multiple 6th man of the year award winners. Only 5 in fact, but it has happened. Last year’s winner is in a similar situation to last year, but in some ways better. I expect Marc Gasol to start for the Lakers, but not to play a lot of minutes. This creates a lot of opportunity for Harrell to pick up minutes. In those minutes he’ll be a great pick and roll and post option for a team in need of both. Even if Anthony Davis is on the floor, Davis will be happy to let Harrell take those opportunities as he prefers to play outside. Happy to add last year’s winner at this number.

The Grizzlies will continue to start Jonas Valanciunas and Jaren Jackson Jr. with Clarke being the first big man on the bench. He averaged 12 PPG and 6 RPG in that role last year and should only see more success this season. NBA players generally experience a “sophomore surge” in their second season. After their rookie year they understands the lifestyle and what it takes to be successful better. There is also much less stress one a player has a year to establish himself on a team just like Clarke has. If he can push his averages up to 16 PPG and 7 RPG he’ll have the stats need to get votes and he has all the talent and opportunity needed to make that happen. He’s worth a sprinkle at 50 to 1.

Here’s how I’m staking to ensure roughly the same net profit if any of these 4 win:

Thanks for reading! You can reach me on Twitter at @_noops and at @AceNBAPreviews with any thoughts, questions, or general comments on this anything NBA related. Be sure to follow me there and check back here for more NBA content throughout the season. Best of luck to us!